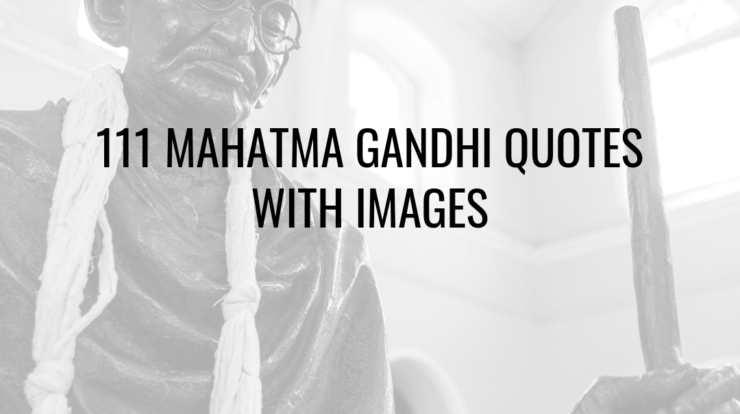 Mahatma Gandhi was famous for being a man who fought in a non-violence way to accomplish his goals. We have collected these great Mahatma Gandhi Quotes. Share them and pay respect to a great anti-colonial nationalist.

Constant development is the law of life, and a man who always tries to maintain his dogmas in order to appear consistent drives himself into a false position.

There is really no slavery equal to that of the desires. All the sages have declared from the house-tops that man can be his own worst enemy as well as his best friend. To be free or to be a slave lies in his own hands. And what is true for the individual is true for society.

If by abundance you mean everyone having plenty to eat and drink and to clothe himself with, enough to keep his mind trained and educated, I should be satisfied. But I should not like to pack more stuffs in my belly than I can digest and more things than I can ever usefully use. But neither do I want poverty, penury, misery, dirt and dust in India.

Just as one must not receive, so must one not possess anything which one does not really need. It would be a breach of this principle to possess unnecessary food-stuffs, clothing, or furniture. For instance, one must not keep a chair if one can do without it. In observing this principle one is led to a progressive simplification of one’s own life.

The first condition of humaneness is a little humility and a little diffidence about the correctness of one’s conduct and a little receptiveness.

I know that I have still before me a difficult path to traverse. I must reduce myself to zero. So long as a man does not of his own free will put himself last among his fellow creatures, there is no salvation for him. Ahimsa is the farthest limit of humility.

The very first step in nonviolence is that we cultivate in our daily life, as between ourselves, truthfulness, humility, tolerance, loving kindness.

A nation’s culture resides in the hearts and in the soul of its people.

Whatever you do may seem insignificant to you, but it is most important that you do it.

We may never be strong enough to be entirely nonviolent in thought, word and deed. But we must keep nonviolence as our goal and make strong progress towards it.

A small body of determined spirits fired by an unquenchable faith in their mission can alter the course of history.

Each night, when I go to sleep, I die. And the next morning, when I wake up, I am reborn.

There is force in the universe, which, if we permit it, will flow through us and produce miraculous results.

Truth resides in every human heart, and one has to search for it there, and to be guided by truth as one sees it. But no one has a right to coerce others to act according to his own view of truth.

When I despair, I remember that all through history the way of truth and love has always won. There have been tyrants and murderers and for a time they seem invincible, but in the end, they always fall – think of it, always.

There are two days in the year that we can not do anything – yesterday and tomorrow.

Unwearied ceaseless effort is the price that must be paid for turning faith into a rich infallible experience.

Infinite striving to be the best is man’s duty; it is its own reward. Everything else is in God’s hands.

Everyone who wills can hear the inner voice. It is within everyone.

If by strength is meant moral power, then woman is immeasurably man’s superior.

A principle is the expression of perfection, and as imperfect beings like us cannot practise perfection, we devise every moment limits of its compromise in practice.

Rationalists are admirable beings, rationalism is a hideous monster when it claims for itself omnipotence. Attribution of omnipotence to reason is as bad a piece of idolatry as is worship of stock and stone believing it to be God.

I will far rather see the race of man extinct than that we should become less than beasts by making the noblest of God’s creation, woman, the object of our lust.

It is any day better to stand erect with a broken and bandaged head then to crawl on one’s belly, in order to be able to save one’s head.

Study not man in his animal nature – man following the laws of the jungle – but study man in all his glory.

Before the throne of the Almighty, man will be judged not by his acts but by his intentions. For God alone reads our hearts.

The rich cannot accumulate wealth without the co-operation of the poor in society.

There is no principle worth the name if it is not wholly good.

There are people in the world so hungry, that God cannot appear to them except in the form of bread.

The human voice can never reach the distance that is covered by the still small voice of conscience.

Rights that do not flow from duty well performed are not worth having.

If I had no sense of humor, I would long ago have committed suicide.

It is health that is real wealth and not pieces of gold and silver.

Anger is the enemy of nonviolence and pride is a monster that swallows it up.

Do not judge others. Be your own judge and you will be truly happy. If you will try to judge others, you are likely to burn your fingers.

The golden rule of conduct is mutual toleration, seeing that we will never all think alike and we shall always see Truth in fragment and from different points of vision.

The roots of violence: Wealth without work, pleasure without conscience, knowledge without character, commerce without morality, science without humanity, worship without sacrifice, politics without principles.

Capital as such is not evil; it is its wrong use that is evil. Capital in some form or other will always be needed.

Man often becomes what he believes himself to be. If I keep on saying to myself that I cannot do a certain thing, it is possible that I may end by really becoming incapable of doing it.

Action is no less necessary than thought to the instinctive tendencies of the human frame.

The Seven Sins are: Wealth without work. Pleasure without conscience. Knowledge without character. Commerce without morality. Science without humanity. Religion without sacrifice. Politics without principle.

There is a higher court than courts of justice and that is the court of conscience. It supercedes all other courts.

Morality which depends upon the helplessness of a man or woman has not much to recommend it. Morality is rooted in the purity of our hearts.

Just as a man would not cherish living in a body other than his own, so do nations not like to live under other nations, however noble and great the latter may be.

Increase of material comforts, it may be generally laid down, does not in any way whatsoever conduce to moral growth.

A man of few words will rarely be thoughtless in his speech; he will measure every word.

Whenever you are confronted with an opponent. Conquer him with love.

Anger and intolerance are the enemies of correct understanding.

A man’s true wealth hereafter is the good he has done to his fellowmen.

Relationships are based on four principles: respect, understanding, acceptance and appreciation.

If your heart acquires strength, you will be able to remove blemishes from others without thinking evil of them.

The golden rule to apply in all such cases is resolutely to refuse to have what millions cannot.

Whether humanity will consciously follow the law of love, I do not know. But that need not disturb me. The law will work just as the law of gravitation works, whether we accept it or not.

Quotes on Hatred and Love

The person who discovered the law of love was a far greater scientist than any of our modern scientists.

A man who was completely innocent, offered himself as a sacrifice for the good of others, including his enemies, and became the ransom of the world. It was a perfect act.

Forgiveness is choosing to love. It is the first skill of self-giving love.

I believe that the sum total of the energy of mankind is not to bring us down but to lift us up, and that is the result of the definite, if unconscious, working of the law of love.

Let the first act of every morning be to make the following resolve for the day: I shall not fear anyone on Earth. I shall fear only God. I shall not bear ill will toward anyone. I shall not submit to injustice from anyone. I shall conquer untruth by truth. And in resisting untruth, I shall put up with all suffering.

I claim that human mind or human society is not divided into watertight compartments called social, political and religious. All act and react upon one another.

Power is of two kinds. One is obtained by the fear of punishment and the other by acts of love. Power based on love is a thousand times more effective and permanent then the one derived from fear of punishment.

Man can never be a woman’s equal in the spirit of selfless service with which nature has endowed her.

Interdependence is and ought to be as much the ideal of man as self-sufficiency. Man is a social being.

I look only to the good qualities of men. Not being faultless myself, I won’t presume to probe into the faults of others.

Love is the strongest force the world possesses and yet it is the humblest imaginable.

Civilization is the encouragement of differences.

I cannot conceive of a greater loss than the loss of one’s self-respect.

Nonviolence is impossible without humility.

No culture can live, if it attempts to be exclusive.

If I have the belief that I can do it, I shall surely acquire the capacity to do it even if I may not have it at the beginning.

An eye for an eye only ends up making the whole world blind.

You must be the change you wish to see in the world.

Let us know how do you find these Mahatma Gandhi Quotes. 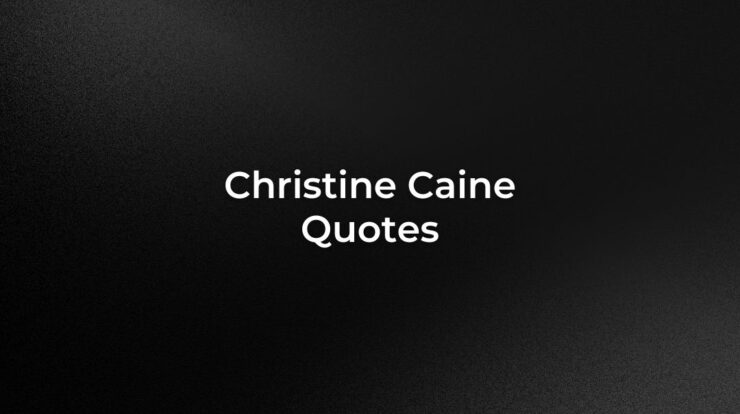 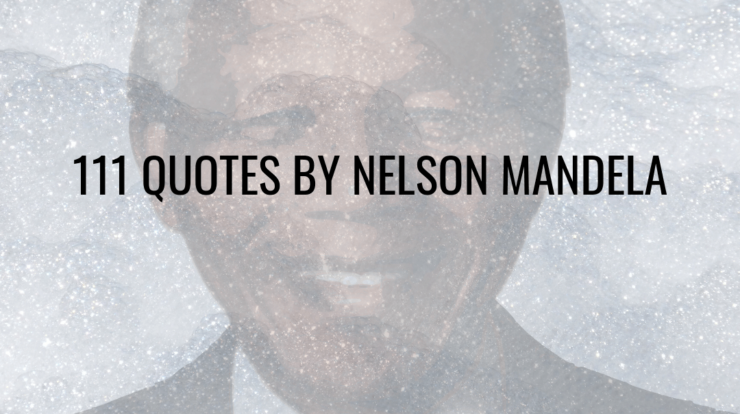