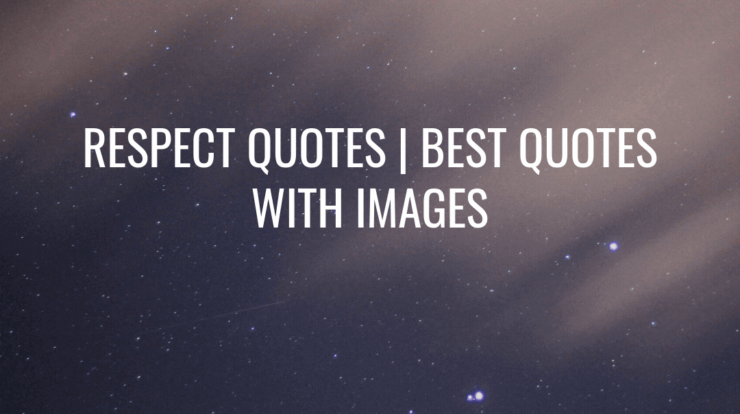 Respecting everyone is really important for humanity. Pay your respect to the people you know by sharing these respect quotes.

Here are the 90 best Respect Quotes:

There can be no failure to a man who has not lost his courage, his character, his self-respect, or his self-confidence. He is still a King.

Have a big enough heart to love unconditionally, and a broad enough mind to embrace the differences that make each of us unique.

Above all, don’t lie to yourself. The man who lies to himself and listens to his own lie comes to a point that he cannot distinguish the truth within him, or around him, and so loses all respect for himself and for others. And having no respect he ceases to love.

Even if you cannot change all the people around you, you can change the people you choose to be around. Life is too short to waste your time on people who don’t respect, appreciate, and value you. Spend your life with people who make you smile, laugh, and feel loved.

Friendship- my definition- is built on two things. Respect and trust. Both elements have to be there. And it has to be mutual. You can have respect for someone, but if you don’t have trust, the friendship will crumble.

As you grow older, you’ll see white men cheat black men every day of your life, but let me tell you something and don’t you forget it—whenever a white man does that to a black man, no matter who he is, how rich he is, or how fine a family he comes from, that white man is trash.

How would your life be different if…You stopped making negative judgmental assumptions about people you encounter? Let today be the day…You look for the good in everyone you meet and respect their journey.

A woman knows very well that, though a wit sends her his poems, praises her judgment, solicits her criticism, and drinks her tea, this by no means signifies that he respects her opinions, admires her understanding, or will refuse, though the rapier is denied him, to run through the body with his pen.

We are sun and moon, dear friend; we are sea and land. It is not our purpose to become each other; it is to recognize each other, to learn to see the other and honor him for what he is: each the other’s opposite and complement.

We cannot expect people to have respect for law and order until we teach respect to those we have entrusted to enforce those laws.

If you want to be respected by others, the great thing is to respect yourself. Only by that, only by self-respect will you compel others to respect you.

The truest form of love is how you behave toward someone, not how you feel about them.

Love is where you find it. I think it is foolish to go around looking for it, and I think it can be poisonous. I wish that people who are conventionally supposed to love each other would say to each other, when they fight, ‘Please — a little less love, and a little more common decency’.

It may be important to great thinkers to examine the world, to explain and despise it. But I think it is only important to love the world, not to despise it, not for us to hate each other, but to be able to regard the world and ourselves and all beings with love, admiration and respect.

A true gentleman is one that apologizes anyways, even though he has not offended a lady intentionally. He is in a class all of his own because he knows the value of a woman’s heart.

Respect your efforts, respect yourself. Self-respect leads to self-discipline. When you have both firmly under your belt, that’s real power.

We must respect the interior laws of creation, of this Earth, to learn these laws and obey them if we want to survive.

Once you figure out what respect tastes like, it tastes better than attention. But you have to get there.

Submission is not about authority and it is not obedience; it is all about relationships of love and respect.

There are so many men, all endlessly attempting to sweep me off my feet. And there is one of you, trying just the opposite. Making sure my feet are firm beneath me, lest I fall.

If you spend your life sparing people’s feelings and feeding their vanity, you get so you can’t distinguish what should be respected in them.

Friendship is selfless love, care, respect, and honor not a profitable opportunity.

Respecting people is an important part of life, whether it’s the person doing janitorial work or the person above you. It doesn’t matter who you are: I’m going to respect you.

Respect for another man’s opinion is worthy. It is the realization that any opinion is valuable, for it is the sign of a rational being.

If you live what you believe, you will always have the respect of others.

Tolerance isn’t about not having beliefs. It’s about how your beliefs lead you to treat people who disagree with you.

We must respect the other fellow’s religion, but only in the sense and to the extent that we respect his theory that his wife is beautiful and his children smart.

You will never gain anyone’s approval by begging for it. When you stand confident in your own worth, respect follows.

Set the standard! Stop expecting others to show you love, acceptance, commitment, & respect when you don’t even show that to yourself.

Respect comes in two unchangeable steps: giving it and receiving it.

Respect yourself enough to walk away from anything that no longer serves you, grows you or makes you happy.

A human being is not to be handled as a tool but is to be respected and revered.

We must express ourselves in ways that demonstrate our respect for others.

If we lose our love and self-respect and respect for each other, this is how we will finally die.

Respect is an invention of people who want to cover up the empty place where love should be.

Don’t waste words on people who deserve your silence. Sometimes the most powerful thing you can say is nothing at all.

We will not agree with everyone, but we should most definitely respect one another.

A child who is allowed to be disrespectful to his parents will not have true respect for anyone.

Truly powerful women don’t explain why they want respect. They simply don’t engage those who don’t give it to them.

Self-absorbed people only think about what makes them feel good at the moment – they don’t have any respect or regard for anyone else.

Take very little notice of those people who choose to treat you poorly. It is how they are defining their story, not yours.

Treat everyone with kindness and respect, even those who are rude to you – not because they are nice, but because you are.

Every human being, of whatever origin, of whatever station, deserves respect. We must each respect others even as we respect ourselves.

If we lose love and self respect for each other, this is how we finally die.

Never respect men merely for their riches, but rather for their philanthropy; we do not value the sun for its height, but for its use

If you have some respect for people as they are, you can be more effective in helping them to become better than they are.

Respect other people’s feelings. It might mean nothing to you, but it could mean everything to them.

It may be important to great thinkers to examine the world, to explain and despise it. But I think it is only important to love the world, not to despise it, not for us to hate each other, but to be able to regard the world and ourselves and all beings with love, admiration, and respect.

One of the most sincere forms of respect is actually listening to what another has to say.

If you want to be respected by others, the great thing is to respect yourself. Only by that, only by self-respect will you compel others to respect you.

Respect begins with this attitude: I acknowledge that you are a creature of extreme worth.

Let us know how do you find these respect quotes.

Also Checkout these Quotes About Hope And Strength. 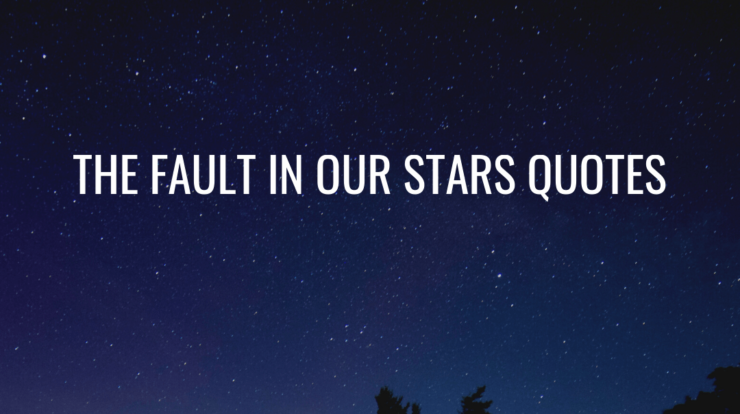 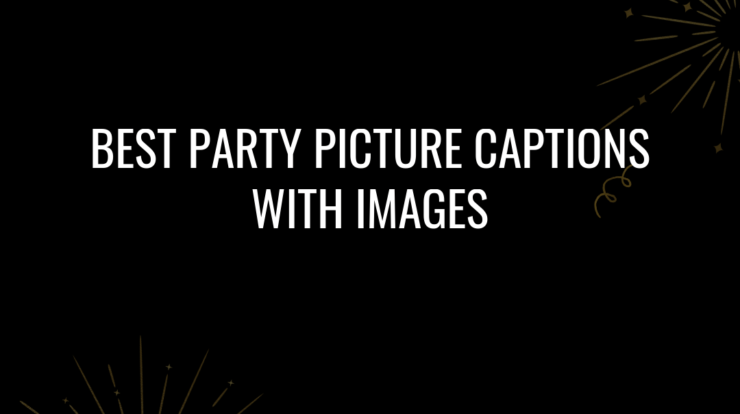 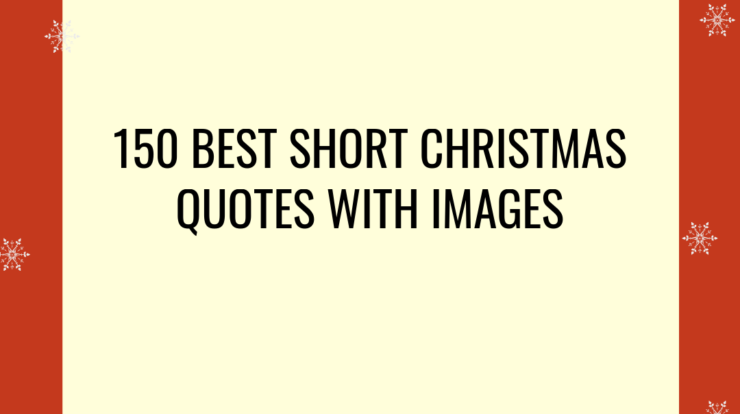 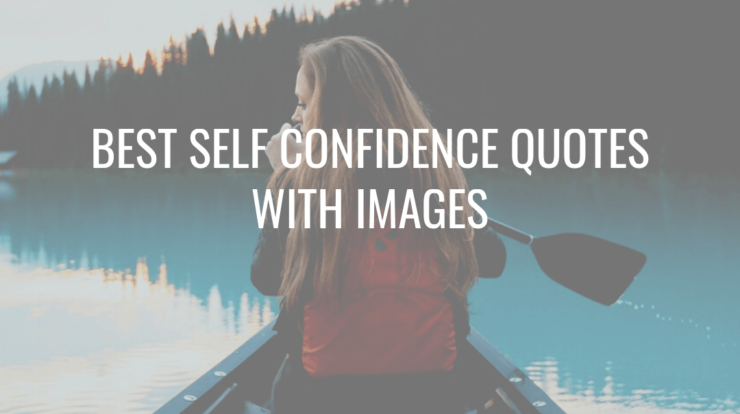 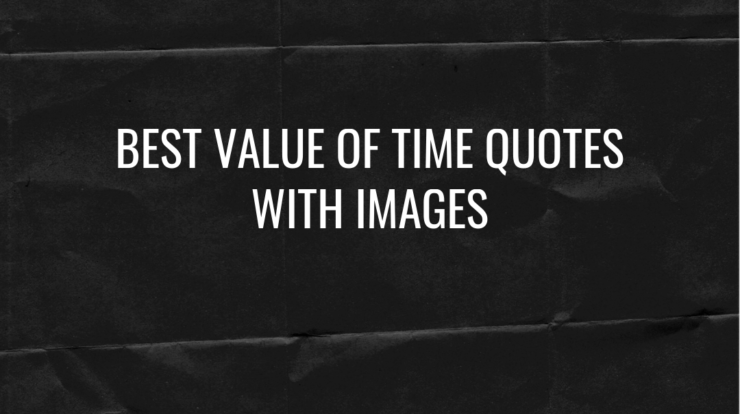 Have any suggestions for us?

We would love to hear! Any type of feedback is cool. Thank You. :)